PXC Challenge at the jobfairs in Deggendorf and Landshut

Recently, the winners of the PXC Challenge were able to collect their prizes from us at the Einhell factory outlet. The PXC Challenge was part of the Einhell stand at the job fairs, which were held in March and May at the Institute of Technology in Deggendorf and at the University of Applied Sciences in Landshut.

The condition for participating at the competition was, to screw in and out two screws with the Einhell PXC screwdriver in a wood beam within 30 seconds.

Among all participants, who had successfully mastered this task, the lucky winners were drawn.

Each oft the two first winners received a Einhell PXC cordless drill with two batteries and charger, the both runner-ups got a Einhell Jumpstarter power bank and the two third places received a PXC cordless handheld vacuum cleaner including a Starter Kit.

Unfortunately, some winners were unable to attend the prize draw, but they can still pick up their prizes later at the factory outlet. The prizes were handed over by our works council member Fritz Max, factory outlet manager Tobias Straßer and HR manager Andrea Ettengruber.

The competition was well received by all involved, therefore it will remain a consist part of our stand in the future. The Einhell team is looking forward to your visit at the next job fair in the region.

We wish the winners a lot of fun working with our products. They can get some impressions via our DIY blog. 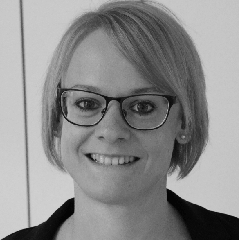