My stay abroad in Spain at Einhell Comercial

“Now I am standing here in Madrid at the airport – like as ordered and not picked up. It is so hot. Why did I just put on this thick winter jacket? My bags are so heavy. Moreover, where is my taxi? I will probably be robbed right here, because you can see from the distance that I am a typical tourist. And then, my adventure will already end before it started.”

These were my thoughts and questions that went through my head on October 4, 2021. On this day, I stood at the exit of Madrid Airport. It was the start of my two-month stay abroad at Einhell Spain.

Luckily, my fear of being robbed did not come true and after a while, I found the taxi that took me to the company. Once there, I met my new colleagues, who all welcomed me warmly and openly. In the evening, I was taken by car to the apartment where I had my own room. What an exciting day!

The next day I went to work with the bus. My working day looked very different compared to those in Germany: Start at 08.30 a.m., lunch at 14.30 p.m. and quitting time at 18.00 p.m. I had to get used to that because by 12 o'clock I was already getting hungry. However, I settled in quickly. I was allowed to take on many tasks so that every working day flew by. I was assigned to the finance department in Spain. I was soon able to support them on numerous topics. I was allowed to book checks, create evaluations and process customer data.

On the weekends there was plenty of time to explore Madrid. There I saw the biggest sights like the Puerto del Sol, the Plaza Mayor and the Royal Palace. Nevertheless, I also had the opportunity to dive even deeper into the city than I would have done as a pure holidaymaker. For example, I really liked strolling along Gran Via or going for a walk in Retiro Park. Of course, shopping and trying out typical Spanish food is not neglected in a city like Madrid. My personal highlight was the "Dia de la Hispanidad" on October 12th, the Spanish national holiday. I was very impressed by the huge military parade, with tanks, soldiers and jet planes - Just like the love of the Spaniards for their country, which was particularly noticeable on this day.

I also had the opportunity to take a week off during my stay. Therefore, I really had a lot of time to explore and get to know the city and small towns next to Madrid.

At the end of my trip, I can really only draw a positive conclusion and I am very grateful that I was able to make such an experience. At this point, I would also like to thank Einhell for planning the stay almost exclusively. In Spain, my colleagues always gave me the feeling that I was welcome and that I could turn to them at any time if I had problems. I learned so much about this country, the people and the work there. Of course, there were ups and downs. Especially at the beginning when you are not used to being alone in a foreign country, far away from home, family and friends. However, I grew beyond myself every single day. I will take a lot with me from this time for my future life. Anyone who has the chance to spend time abroad should take advantage of it! 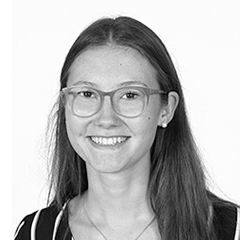